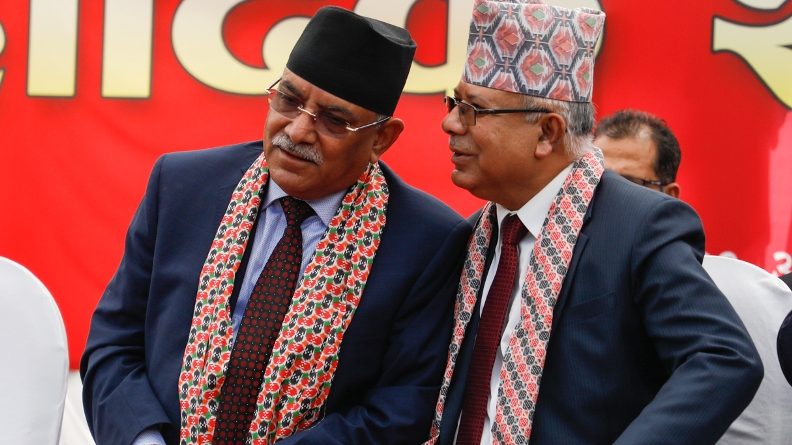 Kathmandu, March 3 : The Dahal-Nepal group of Nepal Communist Party is open to forge alliance with all coalitions except those siding with dissolution of House of Representatives.

A central committee meeting of the Dahal-Nepal alliance held at Parisdanda on Wednesday took a decision to this effect. In this regard, the meeting vested authority to the party secretariat and standing committee for cooperation with all political parties except those who were in favour of dissolving the lower house.

“We will bring a no-confidence motion in the lower house with substantial discussions. We will name a new Prime Minister beforehand. We are open about safeguarding democracy and the constitution. We are also open about a new leadership in the government,” said the party standing committee member Bhim Bahadur Rawal.

It also decided to condemn the delay by the Election Commission to take decision on the authenticity of the party and to write to it demanding decisions it has taken so far in this regard.

HoR Dissolution: Next date of hearing fixed for Tuesday