By decision 48/432 of 20 December 1993, the UN General Assembly proclaimed 3 May as World Press
Freedom Day. Since then, it has been celebrated each year on 3 May, the anniversary of the Declaration of
Windhoek (text below). The document calls for free, independent, pluralistic media worldwide characterizing
free press as essential to democracy and a fundamental human right.
The Declaration of Windhoek is a statement of free press principles as put together by newspaper journalists
in Africa during a UNESCO seminar on “Promoting an Independent and Pluralistic African Press” in Windhoek,
Namibia, from 29 April to 3 May 1991. The Declaration of Windhoek was endorsed by UNESCO’s General
Conference at its twenty-sixth session (1991).

Text of Declaration
We the participants in the United Nations/ United Nations Educational, Scientific and Cultural Organization
Seminar on Promoting an Independent and Pluralistic African Press, held in Windhoek, Namibia, from 29 April
to 3 May 1991,
Recalling the Universal Declaration of Human Rights,
Recalling General Assembly resolution 59(I) of 14 December 1946 stating that freedom of information is a
fundamental human right, and General Assembly resolution 45/76 A of 11 December 1990 on information in
the serviceof humanity,
Recalling resolution 25C/104 of the General Conference of UNESCO of 1989 in which the main focus is the
promotion of “the free flow of ideas by word and image at international as well as national levels”,
Noting with appreciation the statements made by the United Nations Under-Secretary¬-General for Public
Information and the Assistant Director-General for Communication, Information and Informatics of UNESCO at
the opening of the Seminar,
Expressing our sincere appreciation to the United Nations and UNESCO for organizing the Seminar,
Expressing also our sincere appreciation to all the intergovernmental, governmental and non¬governmental
bodies and organizations, in particular the United Nations Development Programme (UNDP), which
contributed to the United Nations/UNESCO effort to organize the Seminar,
Expressing our gratitude to the Government and people of the Republic of Namibia for their kind hospitality
which facilitated the success of the Seminar,

1. Consistent with article 19 of the Universal Declaration of Human Rights, the establishment,
maintenance and fostering of an independent, pluralistic and free press is essential to the
development and maintenance of democracy in a nation, and for economic development.
2. By an independent press, we mean a press independent from governmental, political or economic
control or from control of materials and infrastructure essential for the production and dissemination
of newspapers, magazines and periodicals.
3. By a pluralistic press, we mean the end of monopolies of any kind and the existence of the greatest
possible number of newspapers, magazines and periodicals reflecting the widest possible range of
opinion within the community.
4. The welcome changes that an increasing number of African States are now undergoing towards
multi¬party democracies provide the climate in which an independent and pluralistic press can
emerge.
5. The world¬wide trend towards democracy and freedom of information and expression is a
fundamental contribution to the fulfilment of human aspirations.
6. In Africa today, despite the positive developments in some countries, in many countries journalists,
editors and publishers are victims of repression-they are murdered, arrested, detained and
censored, and are restricted by economic and political pressures such as restrictions on newsprint,
licensing systems which restrict the opportunity to publish, visa restrictions which prevent the free
movement of journalists, restrictions on the exchange of news and information, and limitations on the

circulation of newspapers within countries and across national borders. In some countries, one¬
party States control the totality of information.
7. Today, at least 17 journalists, editors or publishers are in African prisons, and 48 African journalists
were killed in the exercise of their profession between 1969 and 1990.
8. The General Assembly of the United Nations should include in the agenda of its next session an item
on the declaration of censorship as a grave violation of human rights falling within the purview of the
Commission on Human Rights.
9. African States should be encouraged to provide constitutional guarantees of freedom of the press
and freedom of association.
10. To encourage and consolidate the positive changes taking place in Africa, and to counter the
negative ones, the international community-specifically, international organizations (governmental as
well as non¬governmental), development agencies and professional associations-should as a matter
of priority direct funding support towards the development and establishment of non¬governmental
newspapers, magazines and periodicals that reflect the society as a whole and the different points of
view within the communities they serve.
11. All funding should aim to encourage pluralism as well as independence. As a consequence, the
public media should be funded only where authorities guarantee a constitutional and effective
freedom of information and expression and the independence of the press.
12. To assist in the preservation of the freedoms enumerated above, the establishment of truly
independent, representative associations, syndicates or trade unions of journalists, and associations
of editors and publishers, is a matter of priority in all the countries of Africa where such bodies do not
now exist.
13. The national media and labour relations laws of African countries should be drafted in such a way as
to ensure that such representative associations can exist and fulfil their important tasks in defence of
press freedom.
14. As a sign of good faith, African Governments that have jailed journalists for their professional
activities should free them immediately. Journalists who have had to leave their countries should be
free to return to resume their professional activities.
15. Cooperation between publishers within Africa, and between publishers of the North and South (for
example through the principle of twinning), should be encouraged and supported.
16. As a matter of urgency, the United Nations and UNESCO, and particularly the International
Programme for the Development of Communication (IPDC), should initiate detailed research, in
cooperation with governmental(especially UNDP) and non¬governmental donor agencies, relevant
non¬governmental organizations and professional associations, into the following specific areas:

i . identification of economic barriers to the establishment of news media outlets, including
restrictive import duties, tariffs and quotas for such things as newsprint, printing equipment,
and typesetting and word processing machinery, and taxes on the sale of newspapers, as
a prelude to their removal;
ii. training of journalists and managers and the availability of professional training institutions
and courses;
iii. legal barriers to the recognition and effective operation of trade unions or associations of
journalists, editors and publishers;
iv. a register of available funding from development and other agencies, the conditions
attaching to the release of such funds, and the methods of applying for them;
v. the state of press freedom, country by country, in Africa.

17. In view of the importance of radio and television in the field of news and information, the United
Nations and UNESCO are invited to recommend to the General Assembly and the General
Conference the convening of a similar seminar of journalists and managers of radio and television
services in Africa to explore the possibility of applying similar concepts of independence and
pluralism to those media.
18. The international community should contribute to the achievement and implementation of the
initiatives and projects set out in the annex to this Declaration.

19. This Declaration should be presented by the Secretary¬-General of the United Nations to the United
Nations General Assembly, and by the Director¬-General of UNESCO to the General Conference of
UNESCO.
ANNEX Initiatives and Projects Identified in the Seminar
I. Development of co¬operation between private African newspapers: – to aid them in the mutual
exchange of their publications; – to aid them in the exchange of information; – to aid them in sharing their
experience by the exchange of journalists; – to organize on their behalf training courses and study trips for
their journalists, managers and technical personnel.
II. Creation of separate, independent national unions for publishers, news editors and journalists.
III. Creation of regional unions for publishers, editors and independent journalists
IV. Development and promotion of non¬governmental regulations and codes of ethics in each country in
order to defend more effectively the profession and ensure its credibility.
V. Financing of a study on the readership of independent newspapers in order to set up groups of
advertising agents.
VI. Financing of a feasibility study for the establishment of an independent press aid foundation and
research into identifying capital funds for the foundation.
VII. Financing of a feasibility study for the creation of a central board for the purchase of newsprint and
the establishment of such a board.
VIII. Support and creation of regional African press enterprises
IX. Aid with a view to establishing structures to monitor attacks on freedom of the press and the
independence of journalists following the example of the West African Journalists’ Association.
X. Creation of a data bank for the independent African press for the documentation of news items
essential to newspapers. 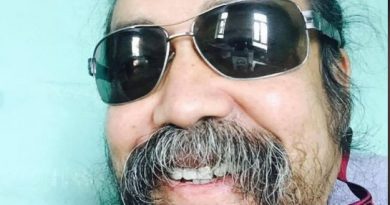