President Bidya Devi Bhandari has dissolved the House of Representatives and announced mid-term elections to be held in two phases. President Bhandari took the decision on the recommendation of the Council of Ministers.

The elections have been announced to be held on coming November 12 and 19, Minister for Communications and Information Technology Parbat Gurung told RSS. An emergency meeting of the cabinet was held after the President concluded that the claims made for formation of a new government as per Article 76 (5) of the Constitution did not fulfill the required criteria.

Claims by Oli and Deuba not sufficient

Earlier, President Bidya Devi Bhandari had concluded that the claims made by Prime Minister and CPN-UML Chair KP Sharma Oli and Nepali Congress President Sher Bahadur Deuba to form the next government were not sufficient. Prime Minister Oli had claimed support of 121 MPs of the ruling UML and 32 members of the Janata Samajbadi Party. However, 26 MPs of UML and 12 MPs of JSP had signed in the claim submitted by NC President Deuba, according to a statement issued by the Office of the President.

NC president Deuba had staked the claim over the new government leadership with signatures from 61 NC MPs, 49 CPN (Maoist Centre) MPs, 26 CPN-UML MPs and Janamorcha Nepal’s Durga Poudel. However, chairs and parliamentary party leaders of UML and JSP had demanded that the signatures of their respective party MPs be rejected, adds the statement.

As MPs were found repeated in the claims by the two leaders, and that MPs had supported one another going against the party’s decision as claimed by concerned party and considering Article 89 of the Constitution and political party act, 2073, both did not show concrete ground to gain a vote of confidence, reasons the statement by the President for rejecting both the claims. 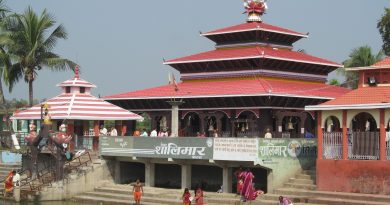 Broader unity will be a true tribute to Pushpalal-CM Poudel